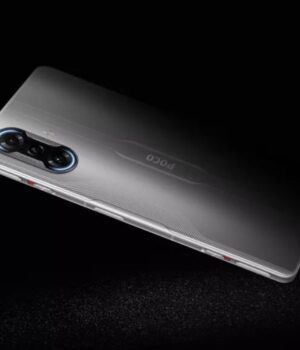 Poco has confirmed the Chinese launch date for its flagship smartphone, the Poco F4 GT. The company has sent out invitations to the virtual launch event, which will take place on April 26th.

The Poco F4 GT will be the successor to the Poco F3 GT, which was launched in India last year, and will, like its predecessor, be a gaming-focused phone.

On April 26, the Poco F4 GT will make its debut in China. Two Poco phones were recently launched in the global market, including India. It is now preparing to announce a new phone, which is believed to have Qualcomm’s top Snapdragon processor.

On the Geekbench website, a Xiaomi 21221210G model has been discovered, which is thought to be the Poco F4 GT. The gadget will be powered by a Qualcomm Snapdragon 8 Gen 1 SoC, according to the listing’s CPU details. If this is accurate, this will be the first Poco phone to use a high-end processor.

This gadget is claimed to be a rebranded version of the Redmi K50 Gaming Edition, which is already on the market in the country. It will not be shocking if this occurs. The company is also offering Xiaomi and Poco in India, with comparable specifications and the main difference being the design. It’s unclear whether the new Poco F4 GT will be available in India.

Given that the Poco F3 GT was released in July 2021, we anticipate the business bringing this Poco phone to India. This one, on the other hand, comes with a MediaTek 1200 SoC, which is a mid-range chip. If the new one comes with Snapdragon 8 Gen 1, it will almost likely be much more expensive.

In India, the Poco F3 GT was released with a starting price of Rs 26,999. Furthermore, Xiaomi is preparing to introduce its 12 Pro smartphone in India, which will have a Snapdragon 8 Gen 1 processor. On April 27, the smartphone will make its debut in the country.

Returning to the claimed Poco F4 GT, it received 1,235 points in the single-core test and 3,555 points in the multi-core test. It comes pre-installed with Android 12. While the Poco F4 GT’s primary specifications are unknown, rumours say that it will include a 6.67-inch OLED screen with FHD+ resolution and a 120Hz refresh rate.

There could be a 4,500mAh battery under the hood, and the corporation could embrace the latest 120W fast charging technology. The Poco phone may have a triple back camera configuration, with a 64-megapixel Sony IMX686 sensor, an 8-megapixel ultra-wide-angle sensor, and a 2-megapixel macro camera.

For selfies, the device could have a 20-megapixel sensor on the front. Users should take these details with a grain of salt until they are officially released.

iPhone 13 is available at just 10$ per month! Here’s how you can get an Apple smartphone at an attractive price